Haven’t been cooking lately since I’m not at my own house.

I just wish I had a nice digital camera…

I am so disappointed in myself. I haven’t done much at all. I don’t remember seeing sunlight anymore.

I traveled a bunch in the first part of summer and now it’s been a downhill. I should just unwind a bit and be okay.

Additionally, I haven’t been updating this like I should be. I should get in that habit again. I tried doing Habitica, the app that turns your life into an RPG. So far it is working out alright. I’m not doing much anyway and I should get on a sleep schedule again just for college. :’)

Life is going alright. My friends and I are about to go our separate ways in just a few weeks. This is just like some kind of coming-of-age indie movie about teenage girls and love and whatnot.

My sims family is going great. I think I’ll write about them here. I need to take pictures and stuff.

Anyway, I will start blogging more and more to keep my sanity and work on my writing skills. It’ll be good. Farewell.

End of June, beginning of July. Fam and I went to California. It was just my dad, brother, and me traveling north. We went to Reno/Lake Tahoe first. I’m not sure if it’s Nevada or California? 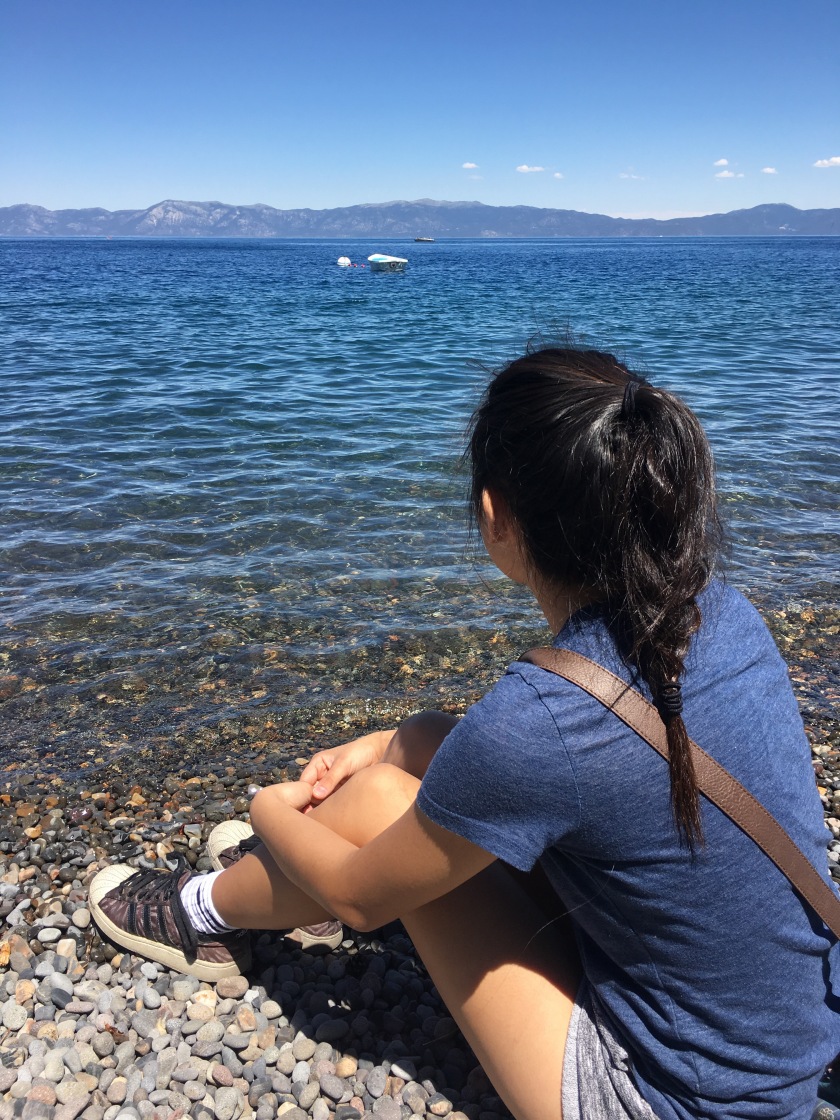 The water was beautiful! We went biking. It was such a majestic sight.

After that we went to San Jose. It was a nice family reunion.

I had to drop off my dad and bro to LAX so we had a nice trip to Venice Beach and had fun with the sights and scenery.

I had to say goodbye to my brother and dad 😦 I won’t see them for a whole month oh man. I drove back home alone and it was stressful and hot. 6-hour drives are nothing to me after that frightful desert expedition.

My friends and I planned a trip to Newport Beach. I’ve never taken a trip with just my friends, but it was a great time ❤

California is a nice state with nice beaches. People are questionable though. I hope to go again soon.

Whelp. I am officially 18 years old and I am about to be a college student. I am not sure what to do with my life, frankly.

Celebrated with friends the night before my birthday. It was pretty neat.

Now that I’m an adult, I could do multitudes of things that I couldn’t do as a minor! Most of the time I don’t feel any different after birthdays because nothing really changes, but this time is an important milestone. Wow, in the eyes of the law, I am an ADULT! (even though I still look 12…)

I hope the new experiences of adulthood can better me as a person!

My senior year is finally coming to a close. I want to keep writing about all my memories. Time has past so quickly. The first few sentences I just wrote seemed like the opening of a cliché coming-of-age movie.

I started out my last year of high school with a bang. I had all my friends and I took the classes I wanted to take. I was excited to apply to colleges. They weren’t really time-consuming. I literally did them all in one day in October and sent them all in November. I just did one and copy-pasted all the information to each one. The essays weren’t that different from one another.

College isn’t really a big deal as everyone says it is. It is essentially high school with more freedom. It’ll be all hyped up in the first couple months and then the fun will die down.

Can’t believe that I’m turning 18 in a few days. It’s insane how fast time has gone by. I should probably figure out how I’m going to celebrate. I also need to save up some money.

I read the first several volumes of manga in 2009, but I didn’t get to finish off the series. Perhaps I was too busy with school and soccer. Now here I am. On the last day of spring break, I decided to finish a series on the same day. I took one bathroom break and ate twice throughout the day. I even took a bath. I watched all 37 episodes holy hell. I started the pilot while cuddled up in bed late last night.

So there’s this super genius kid and finds this supernatural notebook that can kill people. He uses this magic book to kill criminals. When writing in this notebook, you write the name of the person you want to kill and you have to envision their face. The default cause of death is a heart attack. However, you can write details surrounding the deaths (death by accident, suicide, etc.) Neat!

Then Light meets a ‘shinigami,’ a god of death. His name is Ryuk. He likes apples. He has to be attached to Light’s hip until he dies or if the notebook is not in his possession anymore. The memories of the death note gets wiped from the owner’s memory. Only the people that touch the notebook can see the gods of death. Also, the shinigami can give their owner their eyes if the owner chooses to give up half of their remaining lifespan. Light don’t want dat doe.

He gets tracked down by the police because obviously something is fishy when a bunch of bad guys die unexpectedly from a heart attack. A guy named L (We don’t get to hear his real name at all :/) tries to figure out how these people are dying. The Japanese people dub Light as ‘Kira’– the Japanese way of saying ‘killer (killa hehe). L is a super genius kid too. And he has a helper named Watari (the cutest old man ever). He’s literally like Batman, except with worse posture and he doesn’t fall in love with Catwoman. L doesn’t fall in love with anyone (well except… Light?) He’s super obsessed with finding out who Kira is. Fortunately, Light’s dad is the police chief. (Wow so convenient!)

L literally spies on Light and his family. The police chief is perfectly okay with it because L totally knows what he’s doing. Light and L become friends (I guess). L is still obsessed with Kira. Light wants to kill L, but he can’t blow his cover! Light works on the investigation alongside his father and L. Light has to be nice to L.

Suddenly there’s this girl who has another death notebook! She has a pet, just like Light. Rem, her shinigami, loves her a lot.

Misa is infatuated with Light. She also has shinigami eyes! They team up and kill people together! Light kisses her. She literally becomes his bitch, willingly. Fifty Shades of Death.

L becomes suspicious of Light’s new bae. L arrests Misa. Misa gives up her notebook. Light plots this elaborate (completely crazy how he pulled this off) scheme. He gives up his notebook.

A few episodes later, there’s this ‘new’ Kira, a businessman who kills for his company’s benefit. He has Rem’s notebook and he tries to get with Misa. The police catches him. L and Light are in a helicopter. Everyone touches the death notebook and they see Rem. They try to shoot Rem (lol you can’t shoot a supernatural being). Light finally touches the notebook. He regains his memory and gets crazy af. He kills the businessman and a bunch of other people. (Important people die wa wa 😦 )

Light then works for the police. Also, there’s this orphanage that grooms super geniuses like L. They’re going to find out Kira too. 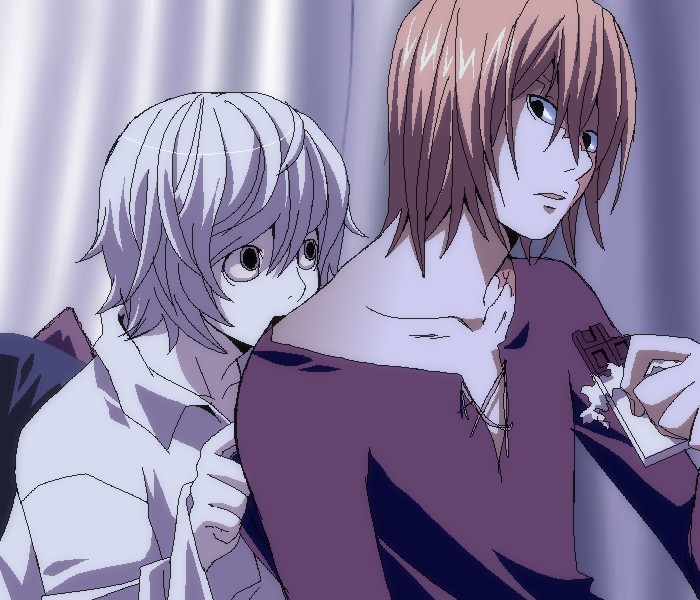 Hello Mello. Near, you’re here. Mello (blonde kid who seemingly doesn’t have any cavities???) hella hates Near. He tries to compete with Near to see who kills Kira first.

Mello works for the Mafia and Near works for Amurica. Everything goes to shit. A lot of people die. The end. I think it’s better that I don’t spoil everything. 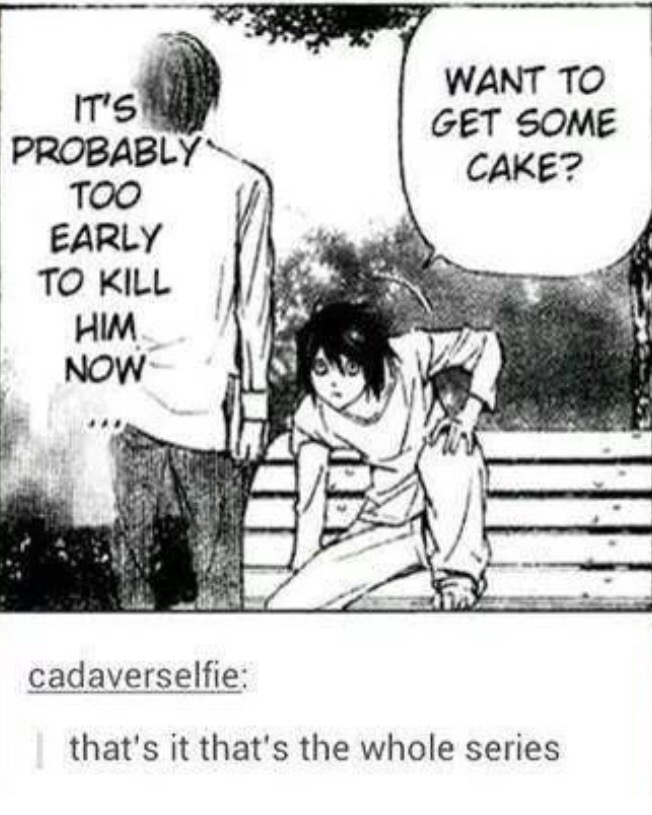 I love L. I love this disheveled Panda-looking Sherlock.

I wonder if the notebook caused defecation instead of death. It would be magnificent.

If I had a death note, I would go undetected. Who would assume that a regular high school senior is capable of killing hundreds of criminals? ..Oh wait.

I don’t understand how anyone can read Death Note without cheering for Light. He’s the tragic figure of an idealist corrupted by power, but his ultimate desire is to make the world a better place. L just wants to preserve the status quo’s definition of justice.

The thing is, the difference between Light and I is that he wants people to know who he is. I have no desire to hold power over everyone. I want to kill the horrible people for the lols, just like Ryuk.

Light, what an amateur. He only targeted those only in Japan. I would kill people all over the world and use different computers, encrypted of course. Since I’m going to be a normal college student, my schedule will be open. Additionally, with the rise of technology and information, I could better cover up the deaths with tragic accidents. A military despot, just passing by in his vehicle in the African plains, will get tragically mauled by a lion, or twelve. A wicked child molester will get stabbed by the kid he’s trying to rape. The possibilities are endless.

It is so unlikely that I will get found out.

Kayla is a slant rhyme to ‘Kira’ (Well, pronounced in a Japanese accent)

Since I’m going to college soon, I should learn how to cook better! My mom and sister were at Disneyland earlier in the week while my brother, dad, and I stayed at home. I was unsatisfied with the amount of take-out we ate the first night my mom was gone, so I decided to try out this cooking thing. I took photos of breakfast.

Buttermilk pancakes with strawberries on top with a syrup drizzle. My dad and brother don’t adore pancakes as much as me. More for me. 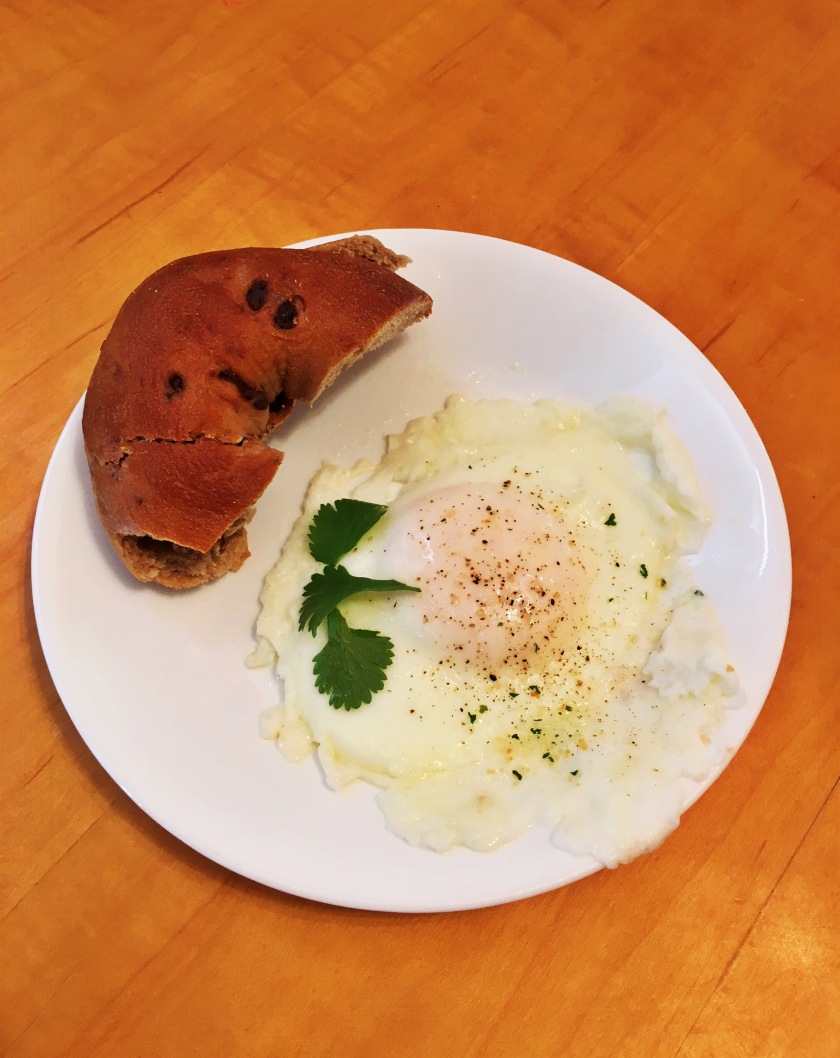 Chocolate chip bagel and fry-poached egg with cilantro, garlic salt, and pepper on top. Eggs are the quintessential brunch meal. Whether scrambled, poached, fried, or gently folded into an omelet, they’re the ideal morning food.

I’m going to miss all the food at home when I go to college next year.

There was an error retrieving images from Instagram. An attempt will be remade in a few minutes.

More Bubbly Than Soap
Create a free website or blog at WordPress.com.